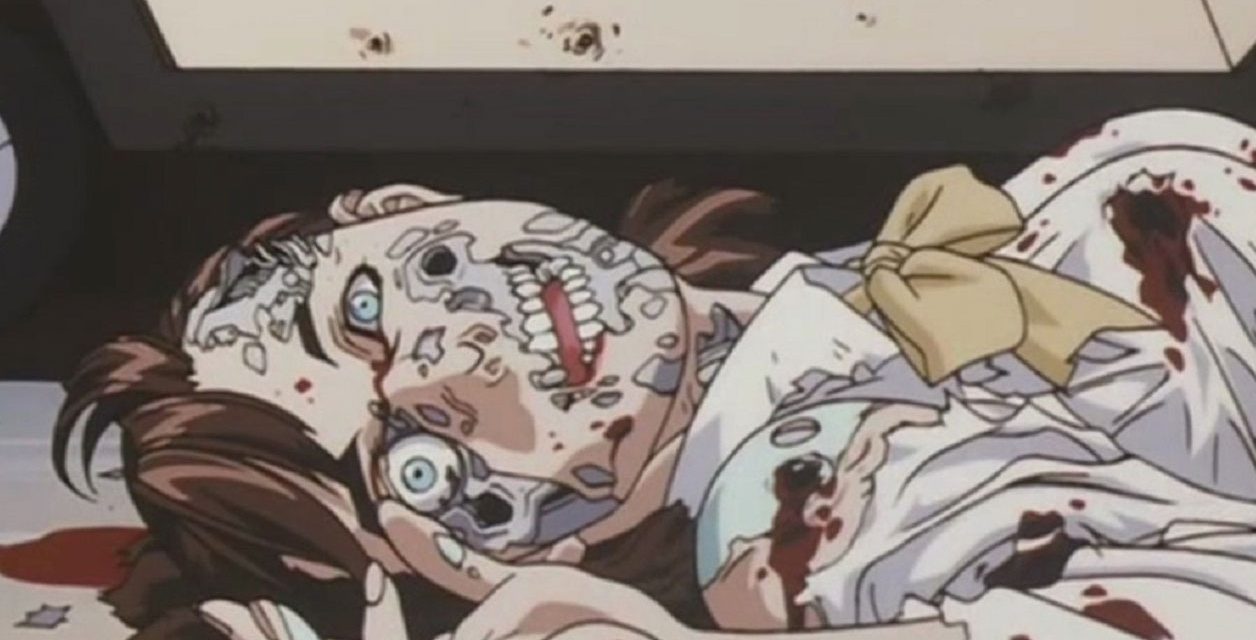 This review was written when Parasite Dolls was first released. We’re offering up an unedited text version. We’ve prettied up the post a bit, but you can be assured that none of the text was edited from the original post.

Like everything else set in the Bubblegum Crisis universes, Parasite Dolls deals with people who combat Boomers, another name for androids. The purpose of Boomers vary from series to series and in Parasite Dolls we seem them act as cops, prostitutes and more. The story follows Basil “Buzz” Nikvest, an AD Police officer who works for a special operations unit within the ADP known simply as the “Branch.” Buzz is joined by Kimball, his partner who just happens to be a Boomer and your stereotypical badass female cop named Reiko Michaelson, who happens to have a thing for Buzz; their section chief Takahashi, who looks and acts like every other boss in every other cop anime and a their resident computer geek named Myers.

Technically Parasite Dolls is three stories, but they play out as one big story with three arcs. The second and third arcs explore the series main theme, the potential for Boomers to manifest humanity and human desires. Arc ones theme of Boomer sex, becomes a primary theme in episode two, which introduces us to Eve, a Boomer prositute who has been having dreams and hallucinations of a little girl in a red rain coat. Normally the Branch could care less about something like this, but there’s been a rash of Boomer prostitutes being destroyed in horrifying ways. Michaleson takes a particular interest in this case since it reflects some of her conflicts over being a less than feminine woman. The third arc revolves around Buzz and his role in a plot by a politician to rid Japanese society of Boomers.

Perhaps the biggest problem with the film is the lack of any character development. Take Buzz, who is refreshingly unlike the “loose cannon” cop you’d expect. Instead of developing his character they simply squander the opportunity. The story is also a squandering of interesting concepts, being wasted here on thin plot devices. The series also fails to give us any sort of villain and when it does present us with the perfect monster, the politician Sorime, it’s only at the end of the series.

The animation in Parasite Dolls is a mixed bag. The character designs are ok, but the animation suffers, especially when Michaleson and Eve are trying to run and look like they are moving through molasses. At times when the choppers are flying around the city looks like a cheaply drawn version of the city from Ghost in the Shell. Audio wise, the dub is acceptable, but nothing special, there is also a goofy soundtrack that makes you want to turn it off as soon as it starts playing.

It’s unfortunate that a good concept fails so hard. There was a lot of potential to the story, had it been properly charted and fleshed out. Ultimately the poor storytelling was its demise.