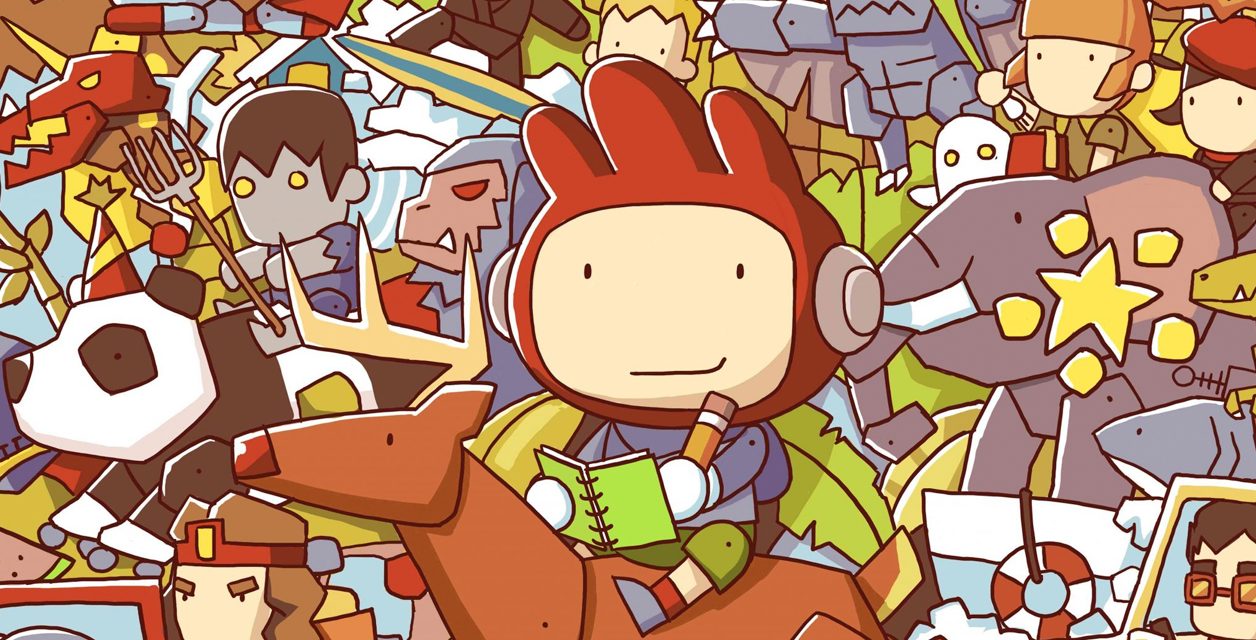 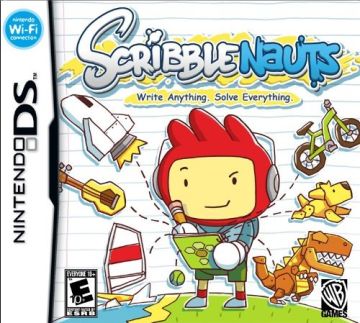 This review was written when Scribblenauts was first released. We’re offering up an unedited text version. We’ve prettied up the post a bit, but you can be assured that none of the text was edited from the original post.

At this years E3 event, one Nintendo DS game stood out from the rest. It garnered probably the most attention and hype of any game presented and the fact that the game was for the DS made it all the more remarkable. Developed by a US studio, 5th Cell, made it all the more interesting, usually such hype is reserved for the Nintendo first party titles, but Scribblenauts has proven that a unique and new approach to gaming has a place on the worlds most popular handheld gaming device.

In what can be described as an ambitious concept, Scribblenauts promises players the experience of solving a puzzle with the ability to conjure up any object you can think of, within reason of course. Playing as Maxwell, the games protagonist, the central gameplay mechanic enables you to type anything into the game’s keypad and have it appear so you can solve the presented puzzle. Want to use a helicopter to get to that hard to reach spot? Bam. Need a gun to take care of that pesky bee? You got it! The possibilities are near endless, especially when you can conjure multiple items and use them in conjunction to help you solve the puzzle. The library is insanely vast, but there are some restrictions. You can’t type in non-objects, alcoholic beverages, trademarked items or curse words. Sure you can try, but the game will ask you if you meant something else. You’ll spend the first few minutes of the game trying to find out what is or isn’t permissible.

Each level requires Maxwell to complete the task, and in turn he’ll earn a Starite, which he needs to grab to complete the level. Once he grabs the Starite the level is completed and you find out how much Ollars you’ve earned. Ollars are the games currency, which will allow you to access the various levels within the game. The more you earn, the farther you can progress. The amount of Ollars earned various depending on how fast you complete each level, the items used and the style it was done in. The levels themselves will also present an opportunity for you to get creative, and earn more Ollars. One of the earlier levels requires you to protect food from a picnic from ants, and you have to do it without upsetting the hippie standing by. Another requires you to rid of a rat infestation in a multi-level room. Solve it using unique tools and you earn more points. You’re even encouraged to return to each level and solve them again using different methods, having you take three different approaches to it, while forbidding you to use words that you’ve already used to sole the particular puzzle.

Scribblenauts also features a basic level editor that allows for players to come up with their own challenges, extending the game even after you’ve completed the main campaign. While it may not be as in depth as some might like, it still gives you a bit of freedom that clever users will undoubtedly come up with some fun challenges. Scribblenauts also supports the Nintendo Wi-Fi Connection so it’s easy to put your creations online and download new ones. Unfortunately it’s tied to Nintendo’s archaic Friend Code, so you’ll have to exchange codes with the creators, making it somewhat of an unfriendly process. You also have the ability to trade levels locally.

Visually, Scribblenauts has a unique look that fits the game perfectly. Considering the fact that it’s a DS game, right off the bat the visuals will be pared down. Still, Maxwell and the objects within the game have a cutesy factor to them. The games sound also has a nice soundtrack. It’s amazing to think that they’re able to pack so much into such a tiny cartridge. Now that I’m done gushing over the game it’s time to take about some of the drawbacks, and unfortunately there are a couple of glaring problems.

The interface for interacting with objects is simple, but clunky. You can’t use the D-pad to move Maxwell, instead you go to a location by tapping where you want him to go. He’ll jump over small gaps automatically, but he won’t stop moving forward even if means falling into a pond full of piranhas. You’re frequently tapping summoned items to interact with them, but make sure you tap the item itself or you’ll command Maxwell to move elsewhere. Often he’ll fall down gaps or trip over objects that he could have easily jumped. Another problem is interacting with vehicles, getting him into them could take a few seconds since he’ll run back and forth in front of it instead of getting inside of or when he finally gets in he may get into the back seat where he can’t control the vehicle. It’s little frustrations like this that bring down the gaming experience.

When typing out the objects you want to use you’re presented with an onscreen keyboard, but its sensitivity can be cumbersome. Too often I found myself having to delete letters because the keyboard registered letters around the one I was actually tapping on. This wastes value time that effects how many Ollars you earn. While they might seem like minor issues, it’s something that can ruin your experience. Unfortunately it’s a hindrance that you have to deal with throughout the entire game.

Still, despite my gripes with the control issues, Scribblenauts is a very unique experience that can be extremely enjoyable. The level of thought that went into the game, and amount of detail regarding the various items is outstanding. 5th Cell did an exception job with the games presentation and took a unique approach to puzzle games. Hopefully next iterations of the game will fix the control issues. Yet despite my gripes, this game is a definite must have for Nintendo DS owners. It’s an experience I’m sure most have yet to relish in. 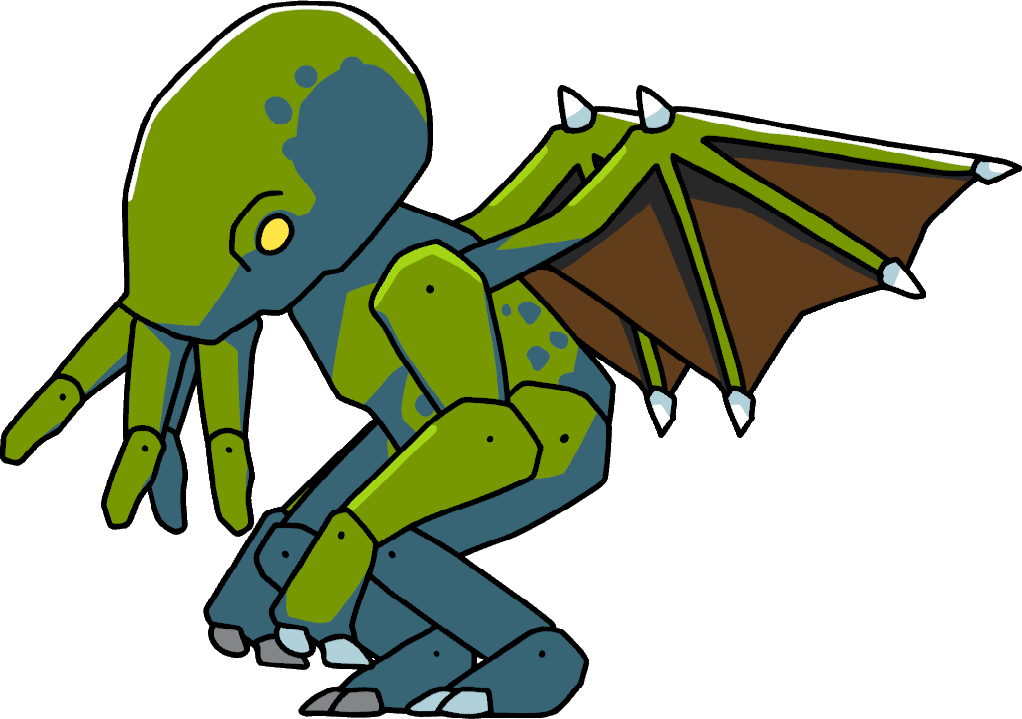