Ubisoft is back with the hooded assassin in Assassin’s Creed II. While the first garnered its fair share of acclaim and praise, the second installment has rightfully been called a worthy successor. In fact, one could go as far as saying that Assassin’s Creed II surpasses its predecessor by leaps and bounds. Ubisoft Montreal took all of the complaints of the first game to heart and created a game that builds on its strengths and has gotten rid of its weaknesses.

Picking up directly after the events of the first game, Assassin’s Creed II transports protaganist Desmond Miles to Renaissance Italy as he takes up the mantle of Ezio Auditore da Firenze, a 15th century ladies man who’s family is framed as traitors and murdered. Ezio becomes another member of the long line of assassin’s that Altair belonged to in the first Assassin’s Creed. I’m not going to get into the details regarding the plot and characters, because there’s just too much there that can be ruined. Needless to say, the story is excellent and the inclusion of a number of historical characters is astounding. The usuals from the first game are still there, from Abstergo to the Knight Templars, since the story is a continuation, but it’s the new setting and characters that really stand out. Ubisoft really did a great job blending actual history within the story, making for an excellent adventure.

The gameplay of Assassin’s Creed II far surpasses the first one, and the way they blend tutorials into the game and story really stands out. As we learn more about Ezio, and become acquainted with his hometown of Florence, the game interweaves the different game mechanics that you’ll use. From the free running system that allows players to climb over almost any surface to blending in with the crowd, all of it is presented as part of the story. It doesn’t feel like a tutorial, and that’s a good thing because there’s a fair share of amount to learn. The only time you’ll feel like you’re taking time out of the game to learn something is the combat training.

Assassin’s Creed II can be described as a stealth, action, platformer. While that may sound convoluted, it blends together perfectly. One minute you’re blending in with a crowd, making your way through a security checkpoint and the next you’ve just taken down two guards. You’ll quickly blend right back into the crowd, leaving passers-by befuddled as to what just happened and who killed the guards. You can even slip on by using a distraction through some hired help. Mercenaries, thieves and courtesans (a nice word for prostitutes) can be hired and directed at targets to distract them. You can also toss money into a crowd, or at guards, to cause a small scene which will allow you to slip by.

Then there’s the action, and this is where the game really steps up. Ezio has access to a wide variety of weapons, which are accessible through a weapon selection wheel. Weapons include various swords, daggers, throwing knives, dual assassin’s blades and more. You even have access to smoke bombs, a pistol, poisoned blades and other nifty items which makes Ezio extremely dangerous. The weapons can purchased through blacksmith shops, or temporarily taken from adversaries during the heat of battle. Each weapon has its strengths and weaknesses, allowing you to choose the weapon of choice for the particular mission.

The platforming aspect comes into play when you enter various tombs you’ll scour in search of some very important artifacts. Much like it’s predecessor, there’s a lot of jumping, running swimming involved. Yes, that’s right swimming. Ezio can swim on the various maps, and even dive underwater to evade detection.

On top of that there are the various side missions that you can perform, ranging from racing through the rooftops; delivering messages; performing assassination contracts; beating up cheating husbands and more. There are also a series of 20 glyphs, strange markings found on certain buildings which unlock bizarre puzzles involving the Templars through history. Solve all 20 and you’ll be rewarded with a brief video known as the Truth. All in all, you’ll spend a minimum of 15 hours playing the game doing little of the side missions. Throw them in and you’re looking at well over 25 hours of gameplay, with very little repetition.

Ubisoft has also introduced us to a new monetary system with the game. Ezio now earns money as he completes missions, finds treasures, pickpockets victims or even earn income from his Villa. The Auditore family has an estate in the region of Monteriggioni, which is in a rather run down state. Using his money, Ezio can order improvements to the town and villa, which in turn brings in extra income. Income which can be used to purchase armor, weapons and medicine, as well as the purchase of art, treasure maps and even new outfits.

Visually, Assassin’s Creed II is an upgrade from its predecessor, and that’s saying a lot considering how good the first game looked. The cities Ezio visits, from his hometown of Florence to Tuscany and Venice all look beautiful. The period atmosphere features unique detail, from the little shops you’ll purchase items in to the grand palazzo’s, churches and even the narrow Venetian waterways. The various citizenry of each city features unique costumes that faithfully recreate the look of the period. Part of the game takes place during Venice’s famed Carnivale, and seeing the people walk around in the costumes and renowned masks just added to the visual treat. The game looks great and the level of detail put into each locale is simply stunning. Ubisoft really outdid themselves here.

The audio within Assassin’s Creed II is equally enthralling. The musical score sets the tone within each locale, even changing during the time of day. Listening to the crowds talk amongst themselves or about an incident occurring just adds to the realism of each city. As an added bonus you get to hear a lot of Italian spoken, and for those that understand the language you’ll be treated to some great one liners. If you don’t speak Italian you have the ability to turn on the subtitles so you’ll understand what the characters say when Italian is spoken.

All in all, Assassin’s Creed II is the complete package. While there’s no multiplayer to the game, you’ll easily spend a minimum of 15 hours in the game and that’s if you rush from mission to mission. Enjoying the game and completing a lot of side missions will have you logging in well over 25 hours. By today’s standards, that’s a lot.

It’s nice knowing that a developer will take complaints to heart when developing a sequel, as Ubisoft did here. They took an already fun game and made it even better. Fans of the original will want to pick this up, and newcomers to the series will have no problem jumping in and understanding the story. Ubisoft has a hit with the Assassin’s Creed franchise, let’s just hope they manage to keep it up. 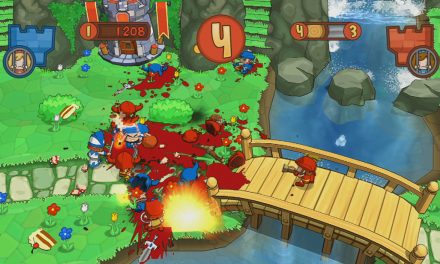 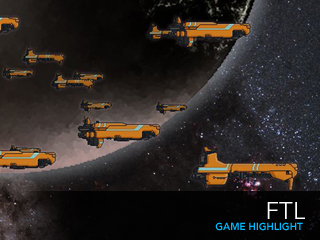