Days of Glory, or Indigenes as it’s known in its native France, is one of those movies that’s not only enthralling to watch, but educational at the same time. Don’t get the impression that it’s some educational film, it’s not, but it does educate you on what was conveniently left out of the history books.

The story focuses on a group of North Africans volunteers from Algeria and Morocco fighting to liberate France from Nazi occupation. Even though the men have never set foot on French soil they’re willing to put their lives on the line for their “motherland”, only problem for them is the French treat them poorly. The men are subject to racism and bigotry within the French army ranks and they never receive the proper recognition they deserved. The country they fought for, in the name of liberty, equality and fraternity as they say, continually treated them as second-rate soldiers despite their bravery and tenacity in battle. They’re refused leave, their mail is stopped, they don’t even get the same food as the native Europeans. So it’s hardly surprising that their situation is made worse by self-loathing and infighting.

Saïd Otmari, played by Jamel Debbouze, is a poor, illiterate Algerian who ends up as an assistant to the sergeant, played by Bernard Blancan. Abdelkader, played by Sami Bouajila, is a natural leader who hopes to rise in the ranks of French officers. Messaoud Souni, played by Roschdy Zem, is a gifted marksman who falls for a French woman in Marseilles. Moroccans Yassir and Larbi, played by played by Samy Naceri and Assaad Bouab respectively, are brothers who are fighting to gain fortune so Labri can get married. They’re all on a collision course with the Nazis in Alsace.

This fairly straightforward war epic has a steady flow as it follows the men from their training in Morocco and Algeria to their first battle in Italy and then on through France to a final face-off in a nearly deserted Alsatian village. There are some noticeable similarities to Saving Private Ryan; the Italian assault echoes Normandy, their numbers decreasing steadily, chaotic battles spring up around every corner, and there’s even a modern day epilogue. It would be unfair to see it was a rip off though because it most certainly wasn’t. The acting was superb and you walked away feeling pity for the soldiers and their treatment by the French government which is still going on to this day.

Overall, Days of Glory was wonderfully shot and executed with top notch acting. The story is moving and educates you to the poor treatment of soldiers that fought in World War II that we never heard of. This is definitely one to check out. 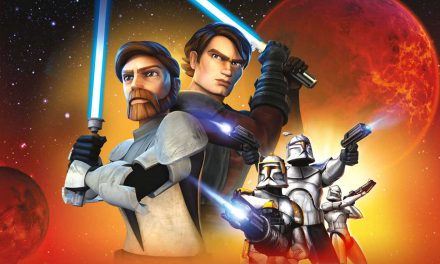