Having seen Global Metal and the impact heavy metal has made around the world, I questioned whether anyone could find a metal band in one of the worlds hottest spots, Iraq. Thankfully, documentarians Suroosh Alvi and Eddy Moretti have exposed the world to Acrassicauda, the only heavy metal band in all of Iraq. They’ve chronicled their experiences with the band in Heavy Metal in Baghdad, a first hand account of how a metal band struggles to survive in one of the worlds most dangerous places.

Named for the Latin word meaning “black scorpion,” the Baghdad quartet Acrassicauda managed to put on three shows before the 2003 invasion of Iraq, and have only managed an additional three shows since. The documentary focuses on the lives of the group and how hard they try to keep the band together in a Muslim society rather then actual performances.

The documentary starts in 2004, following the fall of Saddam’s regime to coalition forces a year earlier. Optimistic that change was coming, the group felt that they could finally make their mark in Iraq and make an honest career for themselves. Unfortunately escalating violation had other ideas. It was abundantly clear that there would be difficulties for a rock band to thrive. One instance that highlights the point had a car bomb preventing the filmmakers from making it to the concert, while the show itself was beset by technical difficulties such as the lack of electricity.

When Alvi and Moretti finally make it to Baghdad the violence is even worse and they find the band members situations have taken a turn for the worst. They live in constant fear of suicide bombers, car bombs and random mortar fire. Gone is their confidence, replaced by hopelessness portrayed by the bands most affable spokesman and bassist, Firas al Lateef.

al Lateef points out how growing ones hair out, wearing a Metallica t-shirt, or forgoing a traditional beard for a goatee could mark them for harassment or death. Things get so bad for them that they decide to move to Syria in hopes of making a better life. While the fear of bombs may have subsided, things don’t get any better for the band who were forced to sell their instruments for cash.

While it might seem like all gloom and doom, the documentary does a good job of not getting bogged down in it. The band, made up of Faisal, the lead singer and rhythm guitar player, Marwan, the drummer, Firas, the intelligent, soft-spoken bass player and Tony, lead guitarist describe their hopes and aspirations all while putting on a brave face. They know that danger surrounds them, but they have the desire to fight on and persue what they believe in.

Heavy Metal in Baghdad isn’t just about the survival of music in a society unfamiliar with it, it illustrates the impact war has had on the regular people living there who simply long to live a peaceful and free life.

A little follow up to the movie, as of early February 2009, all members have been granted refugee status in the U.S. and are now living in Elizabeth, NJ. 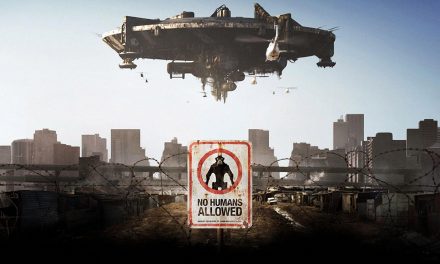 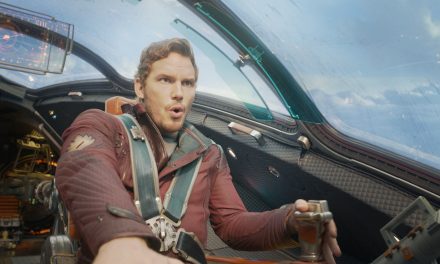