Lost Planet had been one of the most hyped games for the 360 since Gears of War, with a massive ad campaign and strong push from Capcom. The demo on XBox Live had a huge amount of downloads and the online feature was highly anticipated. I, like many, bought into the hype and had to get my hands on it as soon as possible.

The story behind Lost Planet was a bit puzzling. Humans abandoned their comfortable, heat-filled lives in order to colonize a cold, isolated planet called E.D.N. III. The first team of humans to colonize the planet come across colonies of enemy aliens already present on their new home. The aliens, known as the Akrid, are hostile to humans and have an affinity to eating them. The humans discovered a use for the Akrid; their bodies contain a thermal energy that can be collected and used, although the story claims that their understanding an implementation of the energy is very limited. After fierce battles the humans retreated, but they returned with new technology capable of standing up against the Akrid, the Vital Suit. The survivors banded together to form a group called the “snow pirates” and have begun roaming the planet using their VS’s in search of Akrid colonies to destroy.

Your character in the game is Wayne, a snow pirate that is part of a larger group seeking out Akrid Hives. During a fierce battle Wayne’s father is killed and he’s separated from his squad and left for dead. He’s discovered by some travelling snow pirates who nurse him back to health and he joins the pirates in missions against the Akri.

An interesting concept I found was that your character needs to find thermal energy to stay alive, and most of this energy is harvested from data points or Akrid. The meter is constantly running out, and you must continue to fill Wayne’s energy meter or run the risk of dying. The forces you to engage your enemies, sinces you need to kill them that gives you the thermal energy to stay alive.

With all the hype came screenshots that looked amazing, after playing a bit and watching some of the cut scenes I was a bit disappointed. The graphics are no where near the quality of Gears of War, but they’re not terrible. They look good, but a little too polished for the environment the game takes place in. They were too smooth and had too much of a japanese anime look to the characters. In some ways the looks of the characters reminded me of the Final Fantasy characters, except in the frozen tundra. The sound of the characters and narrator also seemed like he stepped out of some cheesy anime.

Another downside was the real lack of movement for the character. He can jump, crouch, move forwards, backwards, left right and use his grappling hook and that’s about it. He can’t run faster, take cover or do a number of other things you’d expect in a 3rd person shooter. The game seemed a bit repetitive as well, many of your missions had the same objectives; find the hordes of Akrid and kill them.

What a disappointment this game was, it’s not something I would trash but it’s definitely not a game that I would buy either. 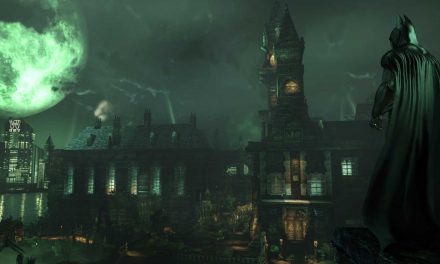