New Amsterdam, or as it’s now referred to as New York City, was settled by Dutch colonists on Manhattan Island. Having purchased the island from the Manahatta band of Lenape Indians for some beads and trinkets it’s easy to say that the Dutch got themselves one heck of a deal. One of the Dutchmen involved in the initial settlement of New Amsterdam was a John Amsterdam, played by Danish actor Nikolaj Coster-Waldau, a Dutch soldier that found himself near death after he stepped in front of a sword to save the life of one of the Manahatta Indians. Grateful for his selfless act, the Indian placed an ancient spell upon him granting him immortality, but with a catch. He’ll remain immortal until he finds his soul mate, his one true love. Once he finds her the spell would end and Amsterdam would return to his mortal state to grow old and eventually die.

Fast forward about 400 years and we find Amsterdam is now a NYPD Homicide Detective. He lives in back of a bar which is owned by Omar, played by Stephen Henderson, an old friend that knows his secret. John has done it all through life, he’s been a famous furniture maker, a soldier, a musician, a husband, a father, an alcoholic (he’s been sober for over 15,000 days now) and an amateur photographer. Having lived as long as he has he’s seen his fair share events, making him a walking encyclopedia and making his job as a detective a bit easier.

While investigating the murder of a young woman Amsterdam is paired up with his new partner, Eva Marquez, played by Zuleikha Robinson. A young and strong-willed cop that isn’t happy that she was handed a Homicide position. The two exchange the typical “I hate you” banter and next thing you know Amsterdam is having a heart attack while chasing a suspect in the subway. A heart attack? But isn’t he immortal? Yes he is and there’s a reason he’s having he heart attack, it’s a sign. A sign that his soul mate is nearby. John dies in the subway while being attended to by Dr. Sara Dillane, played by Alexie Gilmore. Fortunately he doesn’t have to die every time he meets her, but it’s an awakening for him and drives him to search for his one true love.

I’m not going to spoil what happens, but suffice it to say Amsterdam and Marquez get the job done and form a professional relationship in the meanwhile. New Amsterdam can be described as part fantasy and part cop drama with a bit of romance thrown in for good measure. It’s how well they mix those parts that will determine the shows success or failure. New Amsterdam is something different, yet something familiar. We’re all familiar with the story of immortals looking for an end, here though he’ll have a somewhat happy ending when the time comes. New Amsterdam got off to a good start and I’m interested to see where it goes from here. It’s something I’d recommend viewing. 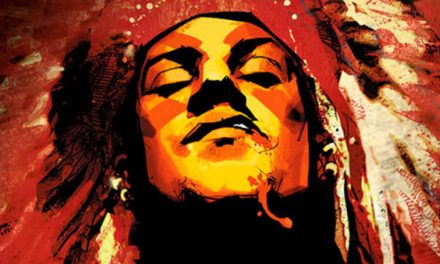