I’ve owned almost every FIFA Soccer game since its inception, from my Sega Genesis to PlayStation to GameCube, XBox, and the PSP. I’ve owned way too many copies of this game and it’s no different today. I’ve currently got a PSP and XBox and love both of them. One of the first titles I owned for the PSP was the FIFA Soccer 2005 edition so when 06 came out it was only logical that I would pick it up. FIFA Soccer 06 is actually the third soccer, or football as I like to call it, game to make it onto the PSP platform in its short lifespan. The first was World Tour Soccer (which nobody really cared about) and the second, coincidentally, was FIFA Soccer, which was released around the console’s launch in the belief that any game would sell because of the lack of titles available. It sold, but it also had its fair share of problems, most notably in the gameplay area. Less than six months later and a fair amount of user feedback has given EA more than enough time to address all the shortcomings of the original. So is it an improvement or is it a waste??

Visually this is a HUGE improvement from FIFA Soccer and you’ll notice this first with the smoother animation and front-end presentation. The player models also look much better and while this version doesn’t have the kind of sophisticated texture mapping evident in the more powerful console versions (such as XBox, which I’ll do a review on in the coming days) the players appear more “alive” now. In addition, the various grounds look much better and the crowds actually look like crowds compared to the previous version. You get a sense of a better match atmosphere and the odd flag or banner which actually relates to the team playing rather than being a nondescript mixture of pixels.

If you’re like me the first thing you’ll do is jump straight into the action and have a friendly match with your team and your most hated rival. For me, it’s Juventus vs. Milan, and it didn’t disappoint. You can do this immediately with the “play now” option but after a while you’ll want a more satisfying style of game, not to mention you’ll want to accumulate points in order to unlock the plethora of locked items such as 3rd kits, different stadiums, songs, balls and more. You can get this from the “season” or “tournament” modes, which allow you to play a series of matches and win cups and trophies. If you want a real challenge though you could always enter the series of events, based on real games, where you must overcome the odds and win a game even when you start at a significant disadvantage, which is usually goal difference but can be players sent off for fouling. The latter challenge is where you accumulate the points. Something new for the 06 version is the juggling mode, which challenges you to keep the ball in the air by pressing the “d-pad” to correspond with the arrows on the screen.

So what does it sounds like? Well, it’s always difficult to pre-record the commentary to a sports title and hope it fits the final product especially when you consider just how unpredictable sport can be. Fortunately, the two commentators here are spot on adding to the overall atmosphere of the game. It does become repetitive after some time where you’ll even occasionally find yourself mouthing the words of the commentator as he speaks them but it will take some time before you get to this stage. As with other FIFA outings, this PSP version includes a killer soundtrack thanks to EA’s unique relationship with the music industry. This includes artists ranging from Oasis to Bloc Party and everything in-between. You can even experiment with the Trax Player which allows you to select which tracks you want playing during your game and in what order.

Overall this is a HUGE improvement on the first FIFA outing and well worth the pickup. It actually feels like it was specifically developed for a handheld audience which is most welcomed.

And the verdict is… BUY! 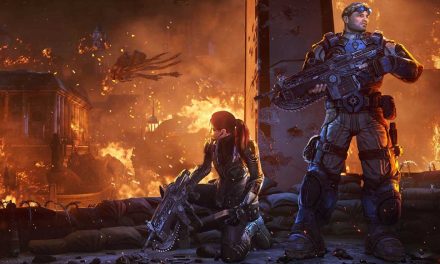 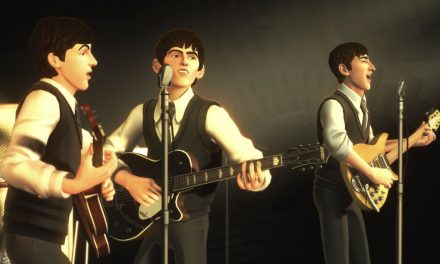