The “hit man comedy” genre has never really had a great movie, and unfortunately it continues to suffer its dry spell with Director John Dahl’s You Kill Me. The movie centers around Frank Falenczyk, played by Ben Kingsley, who’s an assassin for the Polish mafia in Buffalo, New York. The Polish mafia in Buffalo is floundering, what little control they have is in danger of being taken over by the Irish mafia led by Edward O’Leary, played by Dennis Farina. When Frank botches a hit on O’Leary due to his constant drinking, his boss who happens to be his Uncle Roman, played by Phillip Baker Hall, orders him to San Francisco to straighten his life out. Frank needs to join AA and get himself together or he’s gone… for good.

While in San Francisco, Frank’s progress is watched by real estate agent Dave, played by Bill Pullman, who gets Frank a job in a funeral home. While working a funeral he meets Laurel, played by Tea Leoni, and they hit it off and soon make an unlikely couple. Frank also meets a bridge toll booth worker in Tom, played by Luke Wilson, who becomes his sponsor in AA. The relationship between Frank and Laurel requires a bit of suspended disbelief. She’s supportive of his profession and in his endeavors.

Perhaps the only thing that saved this movie from being a complete dud was the fast witty dialogue with top-notch performances by Kingsley and Leoni. They play their characters as real and straight as possible so even an absurd plot can come across with some dignity.

Even with good performances the plot isn’t worth the trouble. You’ll have times when you’re bored to death with what’s going on and actually wishing the movie would end sooner. This is definitely one I’d skip over if I had the chance to do it all over. 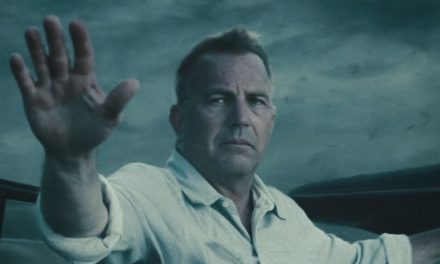 George A. Romero’s: Land of the Dead