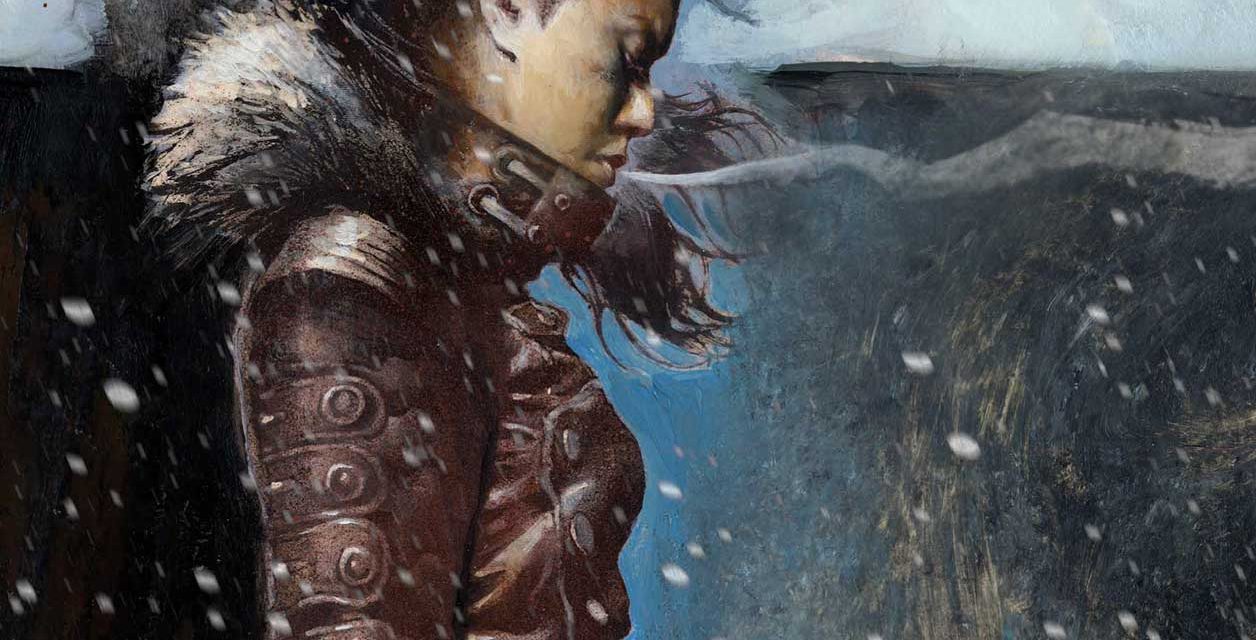 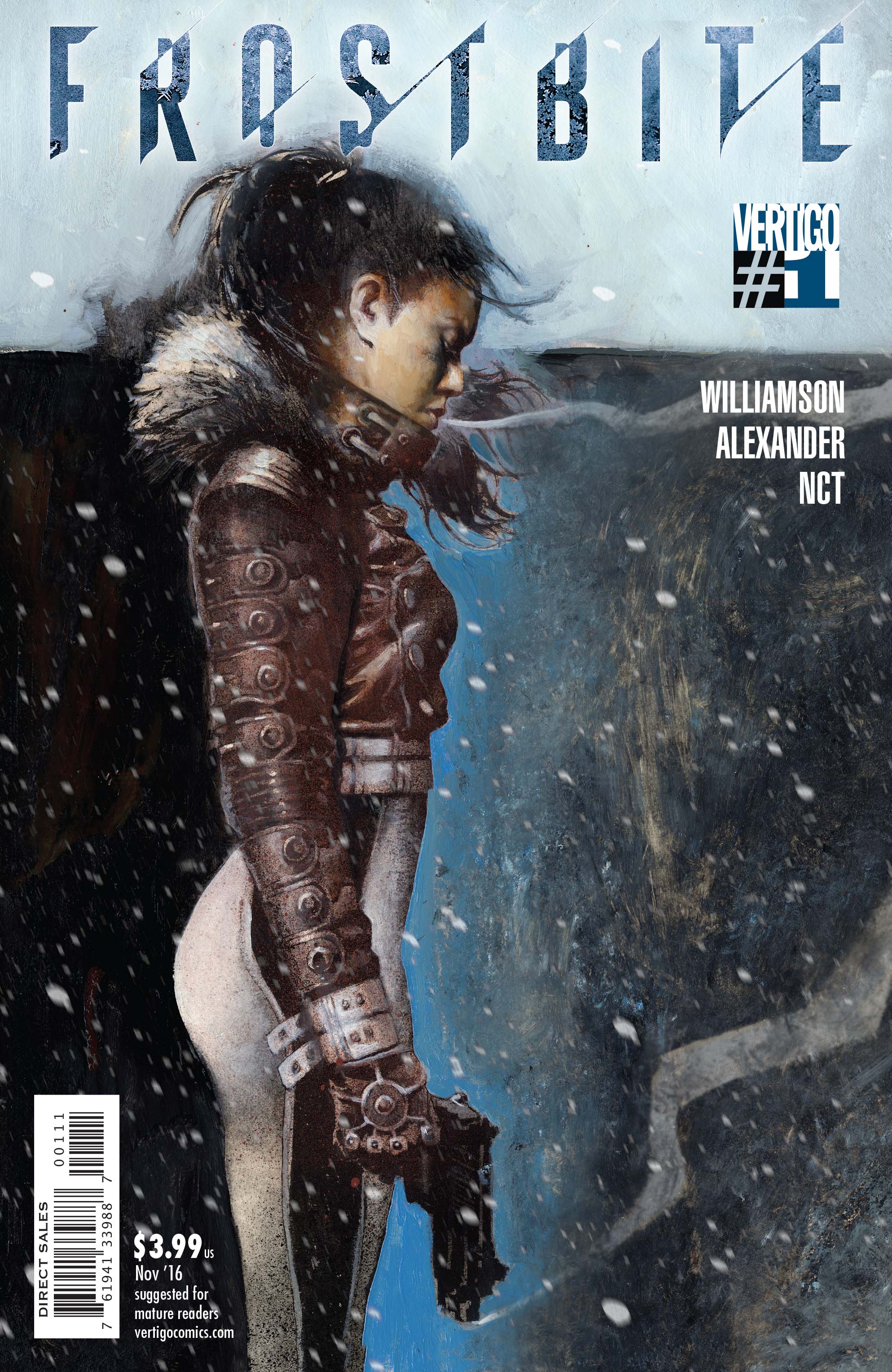 Under its new management Vertigo has been hit or miss lately. The Vertigo of old was a major force in alternative storytelling with adult themes. The new Vertigo has a different feel, one that has been a bit of a let down. So when they announced the new series Frostbite one had to wonder how it was going to fit into the Vertigo style. A series taking place in a world that has been enveloped by a new Ice Age isn’t necessarily something you’d expect from Vertigo. We’ve gotten stories like this before, from other indy publishers, yet sci-fi style titles are really in Vertigo’s wheelhouse. Did it work? Is Frostbite worth picking up?

In a word, yes. Creators Joshua Williamson and Jason Shawn Alexander have created something that is interesting, draws you in and leaves you wanting more. Set in a world where a scientific experiment has brought about a new ice age, we’re introduced to characters that get caught up in something big, something that could help change the world for the better.

The story starts in a chilly Mexico City, blanketed by snow, where heat is seen as a commodity, and a disease known as frostbite is turning people into ice. We find the protagonists being hired to bring a scientist and his daughter, Doctor Henry Bonham and Victoria, to a  secret government lab on Alcatraz. It will be a big payday for the crew, but unbeknownst to them danger has already found them. The lead protagonist, Keaton, is a bit of a rebel who, had a hard life growing up out on the ice, with most of her family dying when she was a young girl. This had hardened her exterior, but there’s a scene with some small children around a heat generator that shows that she still cares and recognizes that she’s a little luckier than some.

The use of frostbite as a disease makes the world a much dangerous place. We don’t know why frostbite turns people in ice, or how it spreads. We can only assume that this is a result of the accident that brought about the ice age. We do get a glimpse into the severity of the disease through the reaction of people upon seeing a man turn into ice and through a story Keaton shares with her crew on how an entire town was burned to the ground to prevent its spread. It’s questions like these that draw you in and drive you to want to know more.

We’re also introduced to mysterious antagonists, one who goes by the name Fuego, who are bent on getting a hold of the doctor and his daughter. They don’t care who stands in there way, and they won’t leave any witnesses either. What plans does he have for the two? We don’t know, but you can be sure it’s not for good reasons. With the emergence of the antagonist, not all goes as planned between Keaton and her crew and the doctor and his daughter. Shots are fired, people die, but Keaton learns a truth that could have massive implications. She agrees that the best course of action is to get to Alcatraz as soon as possible, and not let anyone stop them. 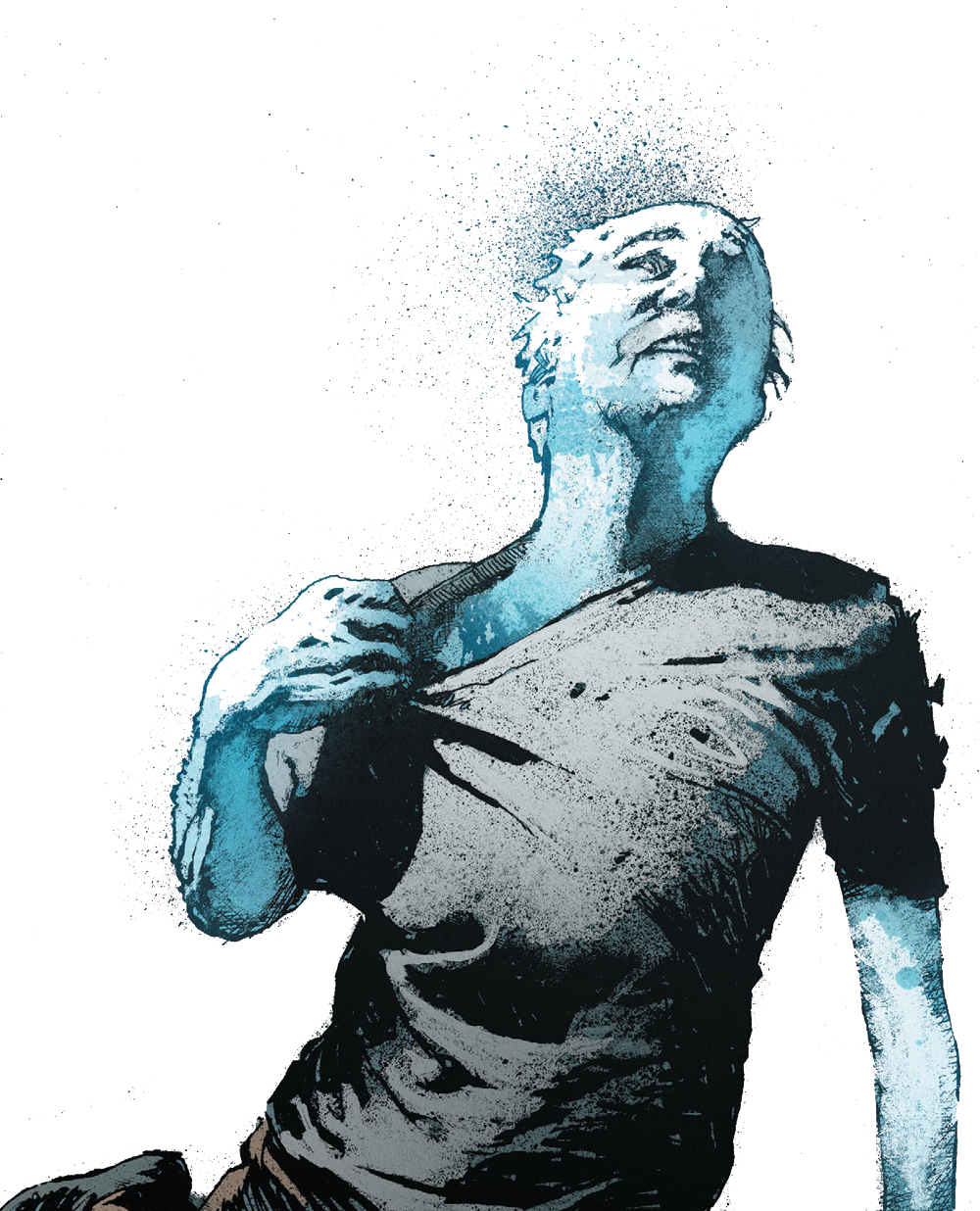 The premise works well and the writing is does a lot to set up characters and the plot going forward. It sets up the coming conflict between Keaton and the doctors and the antagonist Fuego. There’s complexity due to the troubled world with a lot of backstory that can be mined. Williamson introduced just enough to tease you to what happened, why it happened and who caused it. By the end you’ll want to know everything that happened and how it’s going to effect the characters. The dialogue was crisp and didn’t drag on, Williamson was able to tell the story he wanted without getting bogged down.

The only real compliant with the book is the artwork. Alexander’s visuals include an interesting texture that gives it a gritty feel. It reminds me a lot of Jocks pencils with a bit of Alex Maleev’s inking style. Yet it didn’t feel as strong as Jock or Maleev’s art. Alexander plays with negative space to give the snow a feeling of dread. The world feels very lived in and real. The muted colors also help portray this world of cold and ice, further highlighting the despair in the people and the land in which they live. Yet as a complete package, the art was just lacking something to bring it over the top

Overall, the first issue of Frostbite was a surprisingly enjoyable read. I wasn’t sure how the book would fit in as a Vertigo title, but it managed to find its own spot, I think the tale of despair can fit in with other Vertigo titles. Williamson and Alexander have presented us with a world that you want to learn more about. The writing was strong, it did just enough to satisfy you, but it left you wanting more. The only minor quibble was with the artwork, but it was still nice enough that it complimented the story well. If post-apocalyptic stories are your thing, then you won’t want to miss this. Heck, if good storytelling is your thing, then pick this up. 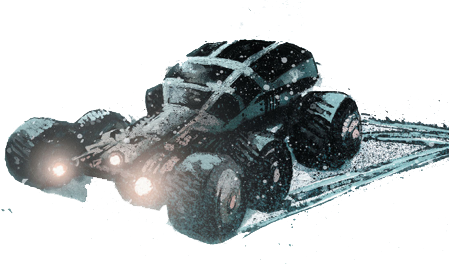 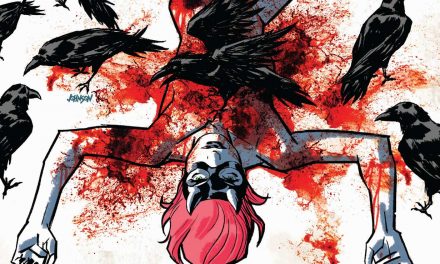 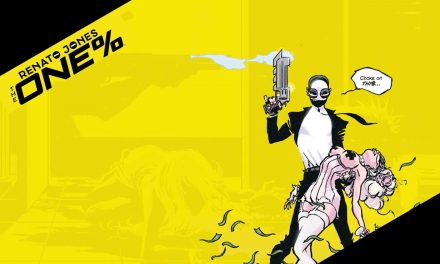 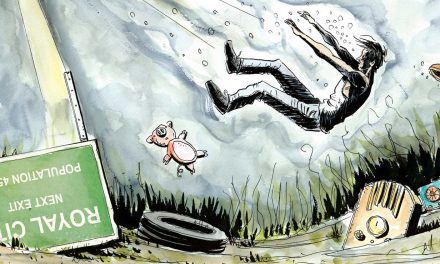