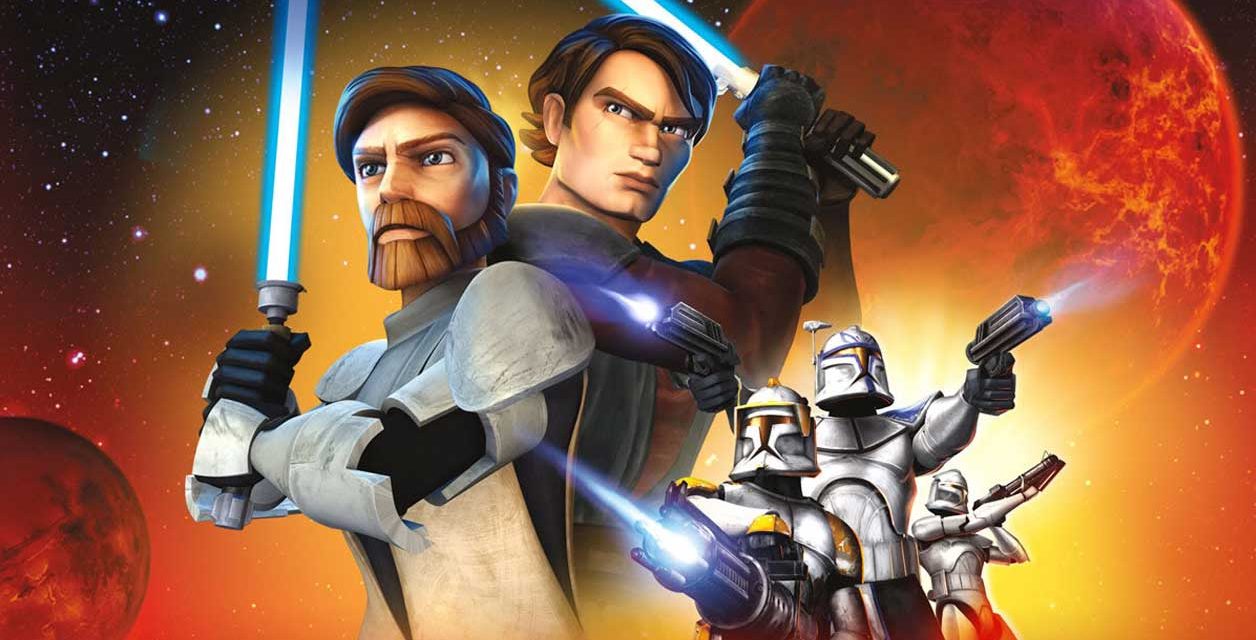 It’s the movie the fans have been clamoring for for decades, the Clone Wars. Hinted in the original trilogy and looked at more in depth in the prequel trilogy the Clone Wars has captures fans imagination for years. Never one to cash in on the success of Star Wars, George Lucas felt it was high time the Clone Wars got its chance to shine within its own spotlight. Planned as a television series, the Clone Wars movie is an introduction that was put together for a theatrical release. Remember now, Lucas isn’t shy about milking as much blood out of the Star Wars stone as he can. Unfortunately, this was one of those times Lucasfilm should have stepped back and figured out exactly what they wanted from this movie.

Based off the success of the Clone Wars cartoon that aired on the Cartoon Network a few years back, the Clone Wars animated movie focuses on Obi-wan Kenobi and Anakin Skywalker as they lead their clone troops against the forces of the Separatists. Unfortunately any success Genndy Tartakovsky’s series had was thrown out with his new series. While the animation takes its look from Tartakovsky’s series everything else is pure Lucasfilm, ensuring that the story cannot hold up to its predecessor.

What worked so well with the original Clone Wars story was its story, which was carefully crafted and written. Unfortunately the latest Clone Wars is poorly written and at time an affront to what Star Wars is. The movie takes place in between Star Wars Episodes 2 and 3 and focuses on the ongoing Clone Wars. We find that Jedi Masters Kenobi and Skywalker are stranded on the planet Christophsis engaged in heavy battle. Luckily for them a Republic ship is able to slip through the blockade and drop off a Padawan for Master Skywalker, a Togruta female named Ahsoka Tano. The interaction between Skywalker and Tano is nauseating, with so much terrible humor you’ll want to stand up and walk out. Tano refers to Skywalker as Sky Guy, yes that’s right… Sky Guy. Can it get any worse? But of course!

Once Sky Guy and Tano rescue the Republic forces their tasked with a new mission, recover the kidnapped son of Jabba The Hutt. Who knew he had a son, much less one that looks like a green piece of turd. Tano gives the Huttling the nickname “Stinky” because he has fallen ill and smells bad. Stinky, Sky Guy, surely you can’t be serious. Well I am serious, and don’t call me Shirley. Wait for it though, it gets worse. The final insult comes when we meet Jabba’s Uncle Ziro, who speaks English instead of Huttese with a stereotypical gay voice. Not to mention the make up and feathers he wears as well. It’s these kind of nonsensical decisions that make for a poor movie.

The animation is about the only good thing about the movie. The character designs work well for the most part, and it’s nice to see them translate Genddy Tartakovsky’s art into a 3D world. The action sequences were well-directed, but it gets a little old watching the clones shoot at the droids after a while. About the only enjoyable thing was watching the lightsaber duel between Kenobi and Ventress.

I realize that this movie and the upcoming TV series are aimed at kids, but there’s still a large adult Star Wars fanbase out there and the way we’ve been treated these past few years is almost criminal. If we were able to understand and enjoy the original trilogy without all of the goofiness then why isn’t possible for todays kids to do the same? Pandering to the lowest common denominator doesn’t always work. It’s unfortunate that they decided to do so for the Clone Wars. The Star Wars movies have been in a general decline since Episode 1, this is no different. Unless you’ve got a five year old that’s a fan of Star Wars you’d best stay away.