Unknown is about five men who wake up with amnesia in a locked and deserted warehouse in the middle of the desert. Telling you the characters names now would ruin the movie so I’ll go by the descriptions given in the movie. Jean Jacket guy is played by Jim Caviezel, who wakes up in the middle of a hostage situation without a clue who he is. Caviezel doesn’t feel like a bad person, but he questions whether he may have done something wrong.

Four other similarly memory impaired characters are trapped in the warehouse with him, idealistic Barry Pepper, the abrasive Greg Kinnear, the wounded Jeremy Sisto and the tied up Joe Pantoliano. The case gathered for this direct to video film is quite impressive and does a great job throughout. The brilliant set-up should stand by itself. The five men form a makeshift truce and try to find a way out before the lead kidnapper, played by Peter Stormare, returns. All the while they’re trying to figure out who is a kidnapper and who is a hostage.

The downside to the movie is the constant interruption of the five men. The action constantly cuts to the police, hot on Stormare’s trail, with Bridget Moynahan playing the loving wife of one of the hostages. Just when you think they make progress or a new hint is revealed they cut away to a different scene, taking out the wind from the sails. It’s not enough to ruin the movie, but it can make for some frustrating minutes.

A lot of people might try to compare this with Saw, but you shouldn’t. If you consider people waking up in a room together a good comparison I suppose so, but that’s where the comparison ends. In Unknown you’re engaged with the characters, trying to figure out who’s who all along the way. What’s even better are the twists at the end that give the movie a bit of a wow factor. It’s a fun movie, and best of all it clocks in under an hour and a half. It doesn’t drag itself out and that’s what makes the movie enjoyable. 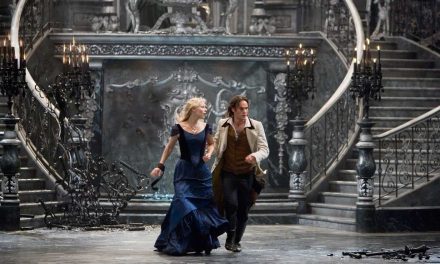