This is probably one of the more difficult reviews I’ve ever had to write. I grew up reading comics at a young age and really got into the comic scene in the last 1980’s. Yeah, I’m dating myself a little but it’s important to note just what type of impact the Watchmen had on readers when it was first released. I was 15 when I first read the Watchmen, and at the time there was very little if anything like it in the world of comic books. The twelve issue mini-series had been out for a few years at that point, but for me it was something new, something different. It was dark with a narrative style that had never been used before, at the time it was written it was groundbreaking in its approach to the superhero genre. It opened new worlds in comics and has influenced hundreds of todays writers. So when I learned that the Watchmen would finally make it to the big screen, after years of teasing, I was cautiously excited.

Having re-read the graphic novel recently my views changed a bit, there were things I no longer enjoyed about the story and parts I felt had been excelled by todays writers. This also effected my outlook for the movie, I became more excited and having heard a number of the rumors I felt more confident in the film. I really enjoyed Director Zack Snyder’s take on Frank Miller’s 300 and from the various features the past year felt that Snyder, along with the rest of the cast, were making what they believed to be the best possible adaptation of the Watchmen. My faith was bolstered and my excitement grew.

After years of waiting it finally came. The Watchmen became a reality and I had finally had the chance to take in the revised story. After walking out of the theater I still hadn’t fully decided what I thought of the movie. I know I enjoyed it, but did I really enjoy it or did I just enjoy the fact I got to see the pages come alive. After some thinking I realized that I really enjoyed it. Snyder had done it, he did what many have proclaimed undoable. He made a successful Watchmen movie.

One thing is for certain, the Watchmen should be given a second viewing. There is so much going on in the story, so many little nuances that it’s difficult to pick it all up in one sitting. The film opens with one of the best montages I’ve ever seen. It gave viewers a history of costumed crime fighters from back in the 1940’s. It also gave us a look into the private lives of the superheroes, both the good and the bad.

Fast forward to New York City in 1985. It’s a different world then we’re familiar with. Richard Nixon is still the President of the United States, after having had the laws changed to remove term limits. The Cold War is at its peak, with the U.S. and the Soviet Union nearing the brink of nuclear war and after the passage of the Keene Act in 1977, masked superheroes are now outlawed. We then witness one of the most iconic scenes from the book, the death of Edward Blake, also known as The Comedian, played by Jeffrey Dean Morgan. The even that set in motion the entire movie.

The Comedians death also results in the introduction of the masked vigilante Rorschach, or Walter Kovacs as some call him, played brilliantly by Jackie Earle Haley. Rorschach doesn’t care about the law, all he cares about is justice and it’s his drive that still has him prowling the streets at night. He believes that the killing of the Comedian was murder and that someone is tracking down ex-heroes in an attempt to wipe them out. It’s his theory that brings most of the remaining members of the Watchmen out of retirement.

We follow Rorschach through his investigation and along the way meet other members of the former Watchmen. Dan Dreiberg, who went by the Nite Owl II, and played superbly by Patrick Wilson, is the only one that really believes Rorschach’s theories and he tries to enlist the Silk Spectre II/Laurie Jupiter, played by Malin Akerman, into the investigation. Unfortunately for them, the one person that could help them the best, Dr. Manhattan, played by Billy Crudup, has decided to leave Earth for Mars after a series of events. Dr. Manhattan is the most super out of the superheroes, with his god like powers he’s the biggest threat to world, while also it’s best hope of a savior.

The last of the Watchmen we’re introduced to is the billionaire Adrian Veidt, played by Matthew Goode, who went by the name Ozymandias. Veidt is considered the smartest man in the world, next to Dr. Manhattan, and his motivation to save the world from nuclear destructions will lead him to do anything.

The film explores each character, their past, and their present. How they fit into the world now that they’re retired from crime fighting. How they’ve managed to carry on and contribute to society. Each character has their own twisted story, that comes to a crossroads in the end. One that will leave many speechless when they see how it all ties together. Now I’m not going to get into the details about the film, that’s for you to find out on your own. What I will talk about are some of the likes and dislikes I had with the way some things were handled.

For the most part, the Watchmen follows the book closely. There are scenes that are literally ripped from the comic panel by panel, word for word. Then you’ll have scenes that deviate greatly. For instance, the manner in which Rorschach deals with Grice, the child rapist murderer. The movie takes a far more grizzly approach while the comic has Rorschach never coming out and killing the man. He gives him an option. Personally, I preferred how it was done in the comic. There other omission that have to be detailed, such as the total omission of the Black Freighter and the paring down of the news stand attendants role. To be honest the movie worked well by not having them included, but it’s the ending that has the biggest change. Thankfully for the better. The end result is the same, which is what’s important, but the manner in which it’s changed is the biggest factor. Having re-read the graphic novel recently I found myself not liking the squid as much as I once did, the movie’s ending felt more real and worked better.

Visually, Zack Snyder did a fantastic job with Watchmen. The attention to detail in everything from the background sets to the props and costumes is really something. From the posters in the various houses, to the old photos, engraved weapons and more. The level of detail that went into everything was outstanding. You can tell that they wanted to recreate the world of the Watchmen to every last detail, and it helped. It really felt like you were in an alternate 1985 where superheroes once roamed the streets. The costumes looked great as well and for the most part were faithful to the comic, and I’d go as far to say that the Nite Owl II’s looked even better then Dave Gibbons rendition of him. The special effects were also outstanding, from Dr. Manhattan to Mars. Everything looked so real.

I found the acting to be quite good for the most part. Haley’s Rorschach was one of the best performed parts of the movie. His interpretation of the how the character sounded was great, and without his mask on he looked exactly like Kovacs did in the graphic novel. Also putting in an excellent performance was Patrick Wilson as the Nite Owl II. It felt like he really captured the loneliness of Dan Drieberg, but once the costume was on he looked so comfortable as the Nite Owl. Jeffrey Dean Morgan drew you in as the Comedian. He played a psycho perfectly and really made you fell apathetic to his death.

Unfortunately not all of the acting was top notch. Akerman’s performance came across as somewhat shallow pretty shallow, whenever she was onscreen with Wilson or Haley she was being outperformed. She seemed a bit out of her league. Lastly, Goode’s casting as Ozymandias was good, but he seemed too young for the role. To be fair though, he did put in a good performance. I only wonder why he had a bit of an accent when he spoke.

Is Watchmen a perfect movie? No, but then again how many movies really are perfect. Is it a faithful adaptation to the graphic novel? Absolutely. The great thing that Snyder has done is kept the spirit of what the Watchmen is. Sure, some things have changed and a lot has been omitted, but the core of the story remains and it’s been given a chance to shine. People have proclaimed that the Watchmen is unfilmable, but it’s clear that they’ve been proven wrong. Fans of the graphic novel and those that have never picked up the comic should enjoy this movie for what it is. A movie adaptation of what was once a seminal piece of comic book history. Times have changed, and the movie has had to change with it. Thankfully Snyder had a vision, stuck with it and gave us something that’s fun and entertaining. 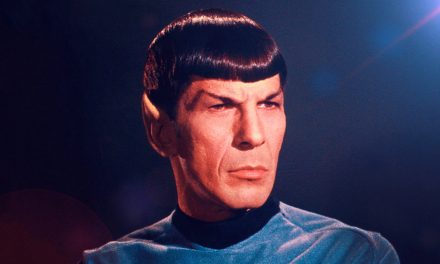